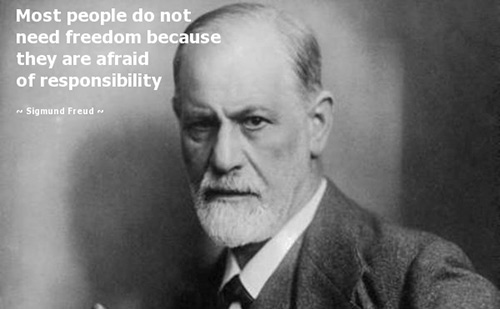 This post is about politics, psychology & terrorism. If that is going to offend you then please feel free to bail now. If you don’t bail then please remember that decision before becoming offended (or god forbid aggressive).

First thing. What could this post have to do with music? Well, everything I think as popular music is all about reflecting the people and times they live in. I’m currently watching Heaven 17’s “Penthouse & Pavement Live in Concert 2010” and that record is full of the politics of the time. I don’t agree with all their politics but it is a great record.

We live in troubled times with daily reports of terrorism, warfare and the politics of government and economics associated to both. We’ve done it all before so many times through history so why are we doing it again?

One would think that anyone who knows even the smallest amount about life under Hitler, Stalin, Mao, Pol Pot, Idi Amin or any other of the host of tyrants of the 20th Century would have no desire to do any of that again. But they do, over and over. That shocks me as it makes no sense.

The French Revolution started with something that seemed great. The idea that every person deserved a few core freedoms, from which any man or woman could chart the course of their own life as they chose to live it. Brilliant. Sign me up. I might even pop the sticker on my car.

Yet in about 5 minutes, France devolved into the brotherly love of hacking off the head of any man or woman you felt the slightest cause against. Which, of course, led right to a worse tyranny than that of the now headless monarchy. It was seriously fucked up and not Fraternité at all.

You might think, who wants to be living in fear that any misstep can lead to being headless? Yet this is the path the French chose to go down. Don’t ridicule the French though as it has been the result of every revolution since. What went wrong is no doubt exactly what is going wrong and causing all the distress we have right now.

Humans seem to have changed in many ways since the Revolutions: French, American, Industrial, Russian etc but that really is mostly only in our technology and lifestyle. Our psychology is not much changed (or our guts). Yet. But it will have to, to complete what we keep starting.

We have gotten to the stage now where most of us really do desire proper freedom. We have even gained it in so many ways. Look Ma, I is writing my thorts up on this ere internetty thing for evverewon to reed (or more likely ignore).

I grew up with the notion that while freedom was a right, it wasn’t free. Everything I wanted to do or say had to be paid for in some way. If I wanted to say something about someone I could, but only if I could mount a reasonable proof that it was so. The evidence had to be truthful or I could expect to be shamed. If my evidence was solid, the other person couldn’t try to claim some moral right not to be upset. The truth was the price for both of us. It kept the ground in-place.

My economics teacher started us out with Opportunity Cost: if I am at the beach I can’t be at work; if I am at work I can’t be at the beach.Freedom isn’t about being at the beach whilst still having any amount of money I need flow, by magic, into my pocket at the very moment I desire it. Freedom is about me being able to decide how much of my time I devote to making money and how much of my time to going to the beach. Or becoming a pro surfer and doing both. Of course to do the latter I have to forgo other things I might want.

We suddenly have a lot of freedom but little desire to do any of the work it takes to build the things we really want for proper happiness. That means the only course left is to take. To take we need to make others do the giving. We all want to pretend we aren’t the takers but I would encourage you sitting there reading this to see how much you expect given to you, things like free health care or free education. They aren’t free, someone is paying for them for you. How would you feel if you were that someone? Why aren’t you willing to pay for these things yourself?

I’ve found a place where I can hide

I am betting that many of you have come up with justifications for why some other group of people should pay your way for you. Easy bet because I only have to look at the news.

Under all of this is the question where I started: why do we start down the road of freedom then instantly turn back to tyranny?

The answer is surprisingly simple. People are terrified of freedom.

When I asked you to consider life without things like free healthcare I bet you felt very scared. If I ask you what you want for dinner, I bet you also feel some of that same fear. What if I get it wrong, don’t choose the “best” course of action and have to experience some distress?

We hate making decisions. Hate it so much that we would prefer someone truly terrible make our decisions for us. Imagine the liberation if what you wear, think and do is laid out for you? What if you could choose a few frills but have everything important laid out for you so all you have to do is feel the good things like love? I’d definitely put that bumper sticker on my car – if I hadn’t seen Logan’s Run and read a lot of Science Fiction.

Reality though is that is exactly what the vast majority of people do. Of course they won’t admit it. To do so is to admit to being afraid of freedom which is irrational. Instead, people will turn to others around them and insist they make the same trade.

Welcome To The Pleasuredome

When I was younger and socialized, people would be nasty to me because I wasn’t drinking (or taking drugs). They tried to make me feel like a square for not having their kind of fun. Annoyed me as I didn’t try to stop them from their drug of choice. I simply chose not to do it myself. I was saving myself for my real mistress – Rock & Roll.

People wanted me to drink with them, not for my stunning wit, but because seeing me choose not to drink made them feel bad about themselves for not having the same willpower. They could exercise their willpower in joining me or in trying to make me join them. Far easier (in the short term) to make me into “other” and use me to shore up their fear.

This is the essence of (unfounded) Belief, Evangelism, Fundamentalism, Terrorism.We hand everything off to priests, politicians, stylists, TV & Facebook comments… Anything but make our own decisions the hard way and have true freedom.

Some people are so afraid of freedom they have to do whatever it takes to make anyone not them seem “other”, “lesser” and deserving of being “one who gives” to let them have a safe (yet un-free) life. This can vary from little things like stealing lanes in traffic to more noticeable events like killing millions in purges. Yet in every instance, these actions are justified away. All in the name of avoiding making a mistake!

The greater the fear the more willingness to accept the unacceptable.

Of course having someone else make our decisions for us is not entirely terrible. It is essentially the same as choosing to let the government build things like roads. I can understand why it is attractive and in many ways a decent solution. What is not ok though is not accepting anyone who wants to make those same decisions and chase different results. Actually, it is the details as the results are always the same. The love between two people is the same no matter who they are, how they dress, or what color their skin.