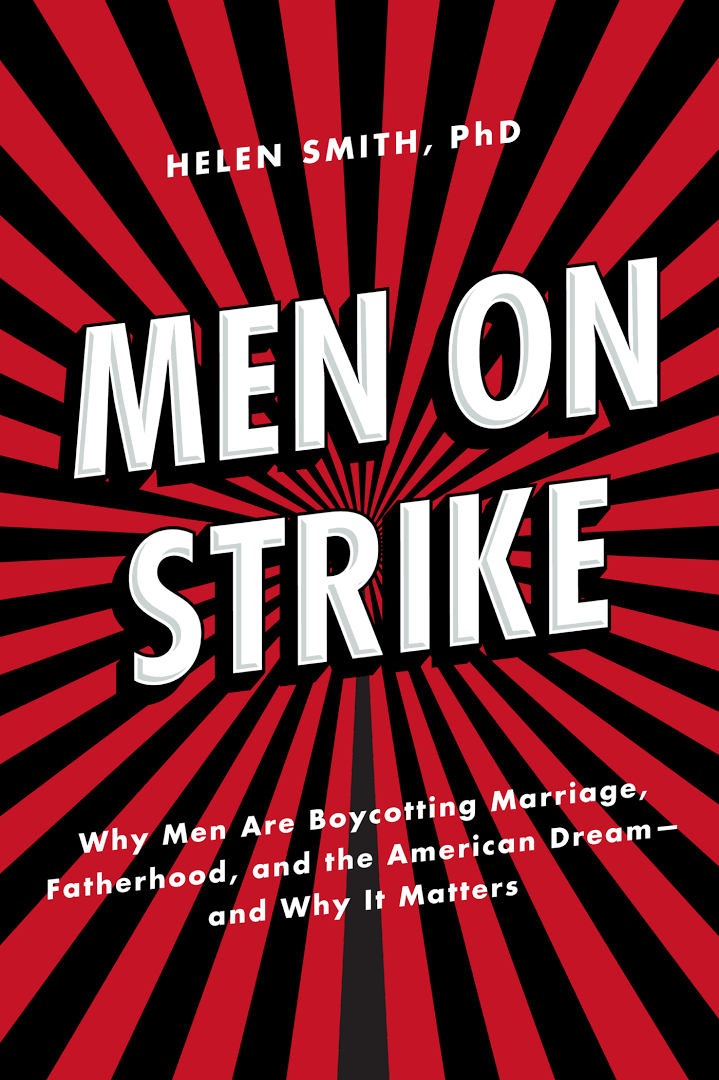 This post really has nothing to do with music. I write these as they help me get my thoughts straight. Also it is a way for me to communicate with the world.

I have been looking a bit into MGTOW lately. That means Men Going Their Own Way. While it has suddenly exploded on YouTube, the development has been a long time coming as I read a scholarly book on how men were being failed about 10 years ago (sadly I don’t remember the name of that one). More recently I read “Men On Strike” by Helen Smith, PhD.

I’ll try very hard to pop the complexity of MGTOW into a few lines; I read it as men finding themselves trapped in a system that doesn’t benefit them no matter how they try to claim all is good.

Marriage was supposed to make life that bit better. Each partner gives a bit but overall the outcome should be greater happiness and the bonus of another generation to continue our species.

It is failing badly though as any dip into divorce and happiness stats will show. If you don’t want to look at the stats (and who does) then simply note that rise of MGTOW and anti-feminism in popular culture. Happy people don’t lob hand grenades.

Women took to the streets and burned everything from bras to their babies. Men have decided not to burn their jockstraps, they are simply walking away in an Ayn Rand, Objectivism sort of way, leaving women confused in an increasingly man-less landscape. Their empire of drying sand.

Over the last 50 years, the role of being a man has been increasingly demonized by militant Feminism. Men were cast as being the evil cops of the world. All summed up with the epithet: The Patriarchy; that catchword for everything Feminists felt was holding them back from getting everything they wanted. Anything that smelled like patriarchy had to be demolished. Men had to be reconstructed in the form demanded by feminism – the Mangina.

Now don’t get me at all wrong. I and most MGTOW men are perfectly happy for women to have the vote, get paid for the work they do and be free to be equal members of our society.

See that is just it. MGTOW men want women to be equals. Which means that men are equal to women. Equal but different. But equal nonetheless. However, it isn’t playing out that way at all. So far (as I expected to be honest) feminism has created an Animal Farm sort of situation with a great proportion of women playing the pig’s “All animals are equal but some animals are more equal than others” card.

Women became the new evil police. The Matriarchy. Sadly like most megalomaniacs, they are an increasingly lonely lot.

Will I Ever Understand You

I think that many women who play this role do so without even realizing that they are not being equal, fair or even remotely nice about how they live their lives with regards to men. Feminism became more subtle, that seemingly cute but really vile “girl power” and “independent woman” thang of the 90’s co-opted everyone into being a feminist, swapping the dungarees for burlesque-wear.

It didn’t start there though as any look through history will show that women have always held the reigns of power far more than they want to let on. A woman has all the power over sex. If she doesn’t want it she says no. Sure she can say a man raped her but even that in its way puts the woman in power as she is the object of desire. Besides, men don’t want to rape a woman they want her company as an equal. If a man decides it is easier to have sex with another man, women will deride him. To quote Bart Simpson,”Can’t win, don’t try”.

Women raise the babies whilst the men are off hunting. The girls get cast as princesses and the boys are to blame for everything. Tell me you haven’t seen that play out many times in shopping centers as the princess goads the bat-brother into trouble then plays the victim whilst Mum berates the boy into submission (and possibly a life of anger and violence against women).

MGTOW is men walking away from the manipulation of the marriage game that ensures that he cannot ever get paid for his input. He may get a bone every now and then but never treated as an equal. Oh and the babies may not even be his but the law will make him pay for them anyway!

I’m a jealous god and I want everything. And I love you with a knife

Many men want to worship women. I know I do and I hear other men say this. The slang is termed White Knighting. We were trained this way – to serve the princesses. That is a good thing but only so long as the princesses become good queens.

The Christian God wants us to love him. In return, he will love us. We should love him even when things go bad. he will love us even when we are bad. Does that sound familiar? marriage ceremony…

Reading up on just about any gods of old we soon find they have a habit of behaving poorly. This is a warning to us not to do the same. Women got power from the feminist 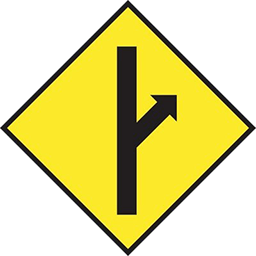 movement. They added this to the power they already had (but pretended they didn’t) and like bad gods, they demand everything but offer nothing of value in return.
Generals fall when their troops walk away. Men are walking away from the fight they cannot win.

MGTOW is not saying to hate women – although some of the language initially sounds this way but I put that down to sheer frustration as MGTOW men hate what has become of the women we want to worship and what is being done to us in return for our service.

Joe Jackson’s “Real Men” from back in 1982 laid this exact situation out. Women are finding themselves dateless and confused as to why. They blame men for being too childish or some such thing that feminism tells them. 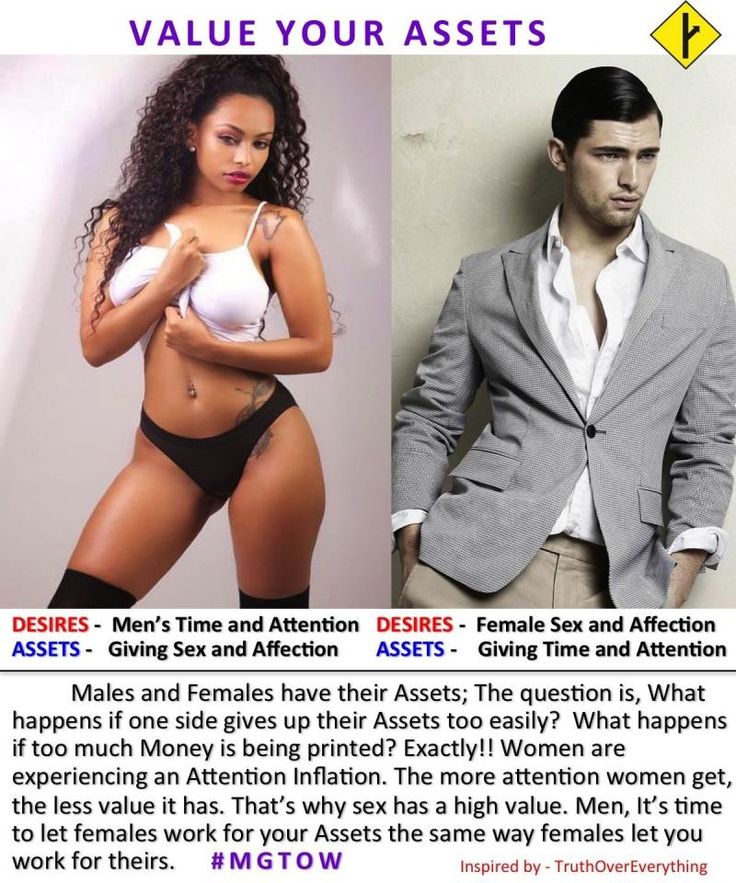 Yet at the same time, these tragically single women are insisting that if any man who presents isn’t Brad Pitt (or whoever the top Alpha is these days) then he is inferior. Inferior men are to be shunned, derided and driven off. There is only one Brad Pitt. You can’t all have him. Brad will marry Angelina – till one or both of them stop being alpha and then one will kill the other.

Sure it is great to get the best but the best is sometimes far more subtle than ‘Brad Pitt or nothing’. There are a wealth of other actors on the stage. John Cryer or Jonah Hill could be perfect for you if you gave them a chance.

Reality is that Beta, Omega and even Zeta males will often make far better long-term mates than the Alphas who are often one-trick-ponies with looming expiry dates. Find your equal and be theirs. If you live off their wages and attention then make sure you give them what they need in return – and no that is a not a disinterested poke once a week whilst you think about Brad Pitt and talk about some horrid reality show where everyone is a bitch.

Message In A Bottle

If you are reading this and have a reaction. Great.

5 thoughts on “Feminism vs MGTOW – The Failure of Marriage”