Sounds like a silly question doesn’t it. Who are you? Well, you of course.

Problem is you are thinking of yourself from the inside. From the outside, who are you? Is anyone seeing you from the outside likely to have a sense of who you are and how you fit in the scheme of things – more importantly how your experience can add to theirs? 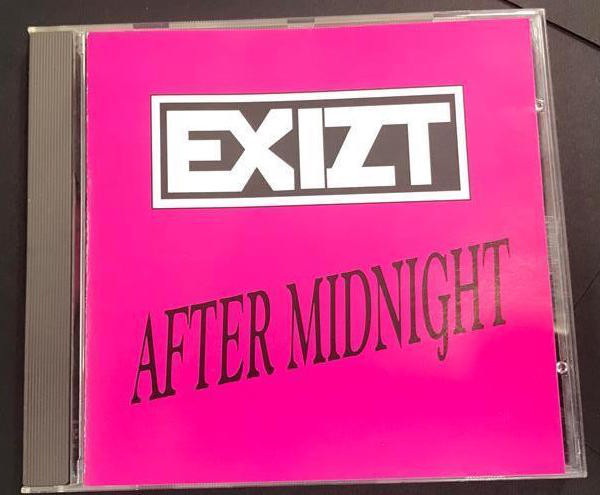 Let’s look at an example I picked at random off Discogs. Back in 1992 this CD appeared. What is it? What’s it about? Is it of any interest to you?

I’m betting you have come up pretty empty on all of those questions. Even worse you may have developed a negative response. Here are the two negatives I had i) it is horribly pink and ii) that band name makes it look like it is a homie record. I want to lose interest, and I would if it wasn’t an experiment.

The record is actually not that bad at all. If I listened to it I would probably even like it and want to own it. The first few seconds showed some promise. So what went wrong?

Exizt is an Icelandic Metal act. Not Rap at all as the band name & font might suggest. But there is so little on this cover to let us know anything.

There is no sense of story. Nothing to place this at all. It is no wonder this act is unknown and this CD considered very rare. I doubt they ever had the need to make a second pressing as no one but existing die-hard fans would have had the slightest interest.

Before you start thinking this lesson is about cover art, it isn’t. Cover art is the way of presenting the music inside. Just as band names, photos, logos and overall style are part of your artistic identity. But only part the whole is in your eyes, in your soul, the way you walk, play, sing…

Lightning is a synergistic conversation between the ground and the sky. Your artistic identity needs to be like this too. 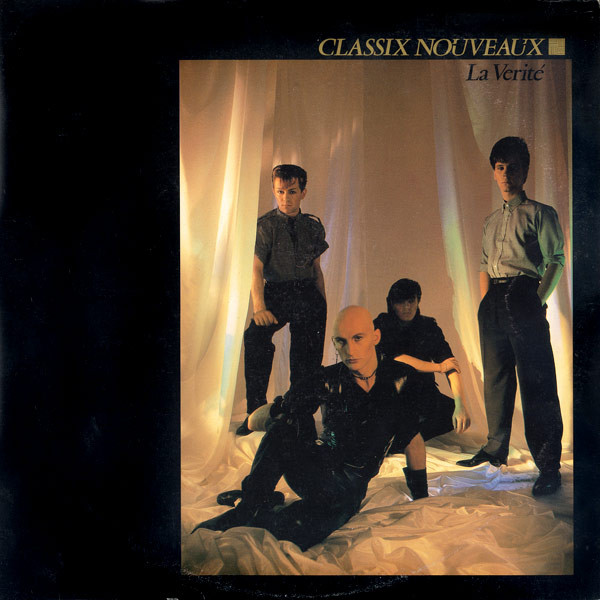 Here is one of many examples where it worked out really well for me (and the band).

I bought this record based on nothing but the cover. I didn’t know anything about them. I couldn’t hear the record at all. The whole pre-purchase conversation was between me and the front cover. The back has nothing but song titles so was of little help.

It was about 1990 and I was buying up as much early 80’s material as I could find as I missed it all at the time (living in a country town here in Oz). What I could see was a very Duran/Spandau sort of image on the band members and a singer (assumed) who was definitely on the cutting edge of identity. The lines of the photo (those drapes & poses) suggest style combined with the sharpness of the singer. Money handed over in a few minutes.

I love that record today. It definitely fulfills the dialog that the cover started that Friday evening. I even bought their first record (with an even more dramatic photo of Sal Solo).

This is the difference between an act with an identity and sense of story and one without. Sure you can wail that you can’t afford a stylist and all that. Maybe you are right but Boy George most likely never hired anyone to tell him how to dress. And that is so much part of why he was (and is) so successful. He is unique. Are you?

Your job right now is to:

Work out who you are and what you have to say to the world?

You are here because you are working on making a statement. Your album is going to hit the cold shelves and have to compete with strong storymakers like P!nk & the new Judas Priest album I know is coming.

Let’s start with your physical image: Photos? Do you have any? If not, why?

If you don’t have photos then get some. It is simple as that. So you say you don’t know a photomagraphical person. Check local want ads for someone wanting to find someone to take portfolio shots. Check their work, if you like their vision (story) then call them and either you can do a contra or they won’t charge you much as they are starting out. If you are doing a show, ask friends to take as many photos as they can of you and the event (as you are playing) and sift thru them, you may get lucky. Don’t be stingy, pay them at least a beer for the shots you use, vague thanks is not enough (not professional).

What we are looking for in those shots is a sense of identity. Let’s look at a couple of photos:

Which one of these men do you want to have babies with? Yep, that dashing looking fellow on the right there. Tell y’all what, they are both Kenny Chesney. With that hat, Kenny has such a presence that really matches his No Shirt, No Shoes, No Problems image. In the more casual shot, he looks like nothing and nobody.

This is Story. Do any of your photos tell a story like that? If not why?

Don’t come in, I’ll only run and hide

Do you try to look so ordinary that even a desperate crack whore wouldn’t beg you to pay $1? Why? I know fashion has recently had acts going on stage looking like they fell off their couches and wound up on stage instead of at the fridge. This is not cool and none of those acts will be remembered among the greats.

If your image is to be an everyman, like Bruce Springsteen or early Brian Adams then be that but do so with such force that people want to be you. Bruce on “Born In The USA” might be representing the average worker but he ain’t average in any way. That image is immensely strong.

If your image is to be laid back then be so laid back that you defy convention. If everyone is wearing a t-shirt then wear a scarf (and only a scarf as you are too laid back to own shirts). This is what the Hippies did. Be at least a step past what the average person is doing or you don’t appear special and storied. Johhny Depp’s Jack Sparrow is a great example of this in every action. Notice that Adam Ant was rather similar.

If you don’t want people to see your face then you need a new take on the deadmau5 helmet or KISS makeup. But be sure that it is a new take as the very first thing you have to to do is overcome the impediment that you just created. If that is what it takes then do it. And do it so damned well that your gimmick becomes your trademark or it will kill you before your first song is over. I was in a band where that very thing happened.

King Diamond took up the warpaint but made such an extreme show of it (to match his unique vocal delivery) that there is no comparison between King & KISS.

If you don’t even want to be seen associated with your art then chances are you are in the wrong profession altogether. People love to interact with people (yep even shut-ins like myself even if only at a distance of a recording). Taking people out of the equation is a very dangerous path indeed and not one I recommend ever. Brian Eno may not commonly be on his record covers but Eno is Eno and you know that. Note his first record did have a photo. Also, Eno was known from Roxy Music. You probably weren’t a member of a very important Art Rock band.

That band I mentioned I was in… 12″ Mohawks look great but if you hang your head at the first heckler then you are done. Instead of stepping up, those guys stepped back to a dribbly drunk who was invading the stage. I knew I had a Mic & PA so I let fly with a torrent of typically Punk proportions the drunk couldn’t compete with and he was gone. Even better the kids there to see us were impressed with the impromptu floor-show. It is called creating a mystique. Sadly the other boys didn’t really want to get out of their imaginations. We didn’t last long.

The message here is that no matter what image you take, you cannot be half-arsed about it or the fans will pass you by on the hunt for someone extraordinary (seeing they would love to be that themselves but don’t have the courage).

Homework:  Look at your Act and work out what story your overall image is giving. Is that the story you want to be giving (i.e. you are more Kenny C with hat than without)? Now please be sure that you are seeing what is really there and not what you think it should look like (like that pink CD). Look at yourself exactly the same way you look at bands you like.

Action: Post a photo or two and let me see them and I’ll tell you if I think it makes me get caught up in your story or leaves you looking like a dud.

THE RULES: Ignore these at your peril. Post your homework on the lesson page only. If you post this sort of thing in my Contact box or any other personal contact I have then I will delete & ignore you at best or at worst use you as an example of how not to do things. If you share something I will be honest & direct (but polite). If you can’t handle that then please don’t post. Happy for you to post links (as photos are hard in WP comments) but if you use the slots below to send spammy “look at me” links then I will mark as Spam (so WordPress auto-deletes you). If in any doubt, wait for Lesson 2 on Making A Pitch