I got four records (yep vinyl) for Xmas but I won’t cover them now; too early, esp seeing I am only just recording the first couple now. It has been quite a long time since I went through the CDs at the library but with it being time off I figured extra things to do would be better. Sadly not really.

I had Fear Factory‘s “Soul Of  New Machine” when it came out and like for many others it was very influential for me, especially as I was just starting to write Metal myself using only synths. These guys showed that it could be done (they cheated and used guitars – bah) and also let audiences see that there were other ways to be (very) Metal – well except for the one Deicide fan who called into the radio show, but I don’t think he could see anything that didn’t have a Deicide logo on it. Anyway…

I pretty well knew what to expect from “The Industrialist” and it delivers. The first thing I notice though is that where there used to be clean vocals as counterpoint to the throat style this record seems to have replaced the clean with those really flat auto-tune harmonies so overused by Emo bands. Not unique. Also the guitars now seem more Hard Core than Metal. This record is nowhere near as raw as Soul even though it is more brutal, but it has its charms. I don’t think I’ll buy it but if you like Industrial Metal, Hard Core or any of the splinters then try this record.

Sixx:A.M. – This Is Gonna Hurt

Ummm and it kinda did. Not in a cool zombie movie kind of way but just in a lame sort of way. Sorry Nikki, while I don’t own any Motley Crue I did figure this would be a better record.

I really didn’t expect the self-absorbed, narcissistic emo twaddle here. If you want to take Heroin and talk about it then learn from Lou Reed, Marianne Faithful, etc. Saying I am different won’t make you that to me, even with the nice jackets. Ok, so I am yet to be sold on any Emo record… next. 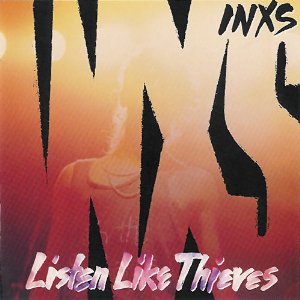 I grew up with these guys all over the radio and video shows. The record before this one was “The Swing”; that is really a special record as it has an overall theme and sound and it is unique. Sadly with “Listen Like Thieves” the band largely seem to have abandoned that in favor of a pastiche of The Doors. There are moments of a band doing something different but so much of the rest is a formula Rock Band looking for a stadium. In their credit they did find it, big time. Downside was Micheal in particular seemed to have left the ground (and later this mortal coil). If I hear songs like “Kiss The Dust (Falling Down The Mountain)” and “This Time” on the radio then I am happy to have had the moments but this record was the end of INXS for me.