Welcome to Lesson 5 of the Artist Development Course. I hope you have followed the first 4 parts so you now have a better sense of who you are, how to pitch, and worked out what the focus of your creativity should be. Even more, I hope you have done the exercises set. Particularly the one where I ask you to practice your chosen instrument so you speak with one voice.

Homework may seem boring and like The Man is pushing you around. I get that but as we have already seen creativity doesn’t just arrive, it is developed. Which brings us to the other side of creativity. Ego.

Run With The Wolves

Mick, Lou, Rod, Liam, Ozzy, Justin, Taylor… all names associated with grand egos and the behaviors to go with it. All have at one time or another been used to represent the creativity of Rock & Roll. It makes great press. Sadly it isn’t true. Sure they may trash hotel rooms and vomit on their handlers but that is the path away from creativity and not towards it. It is laziness.

Great art comes from sacrificing yourself to a greater ideal. Not God, Socialism or Aliens but the idea of Art as the expression of the Human Condition.

I hear some of you saying “but I just make Beats so what has that to do with art and all that snooty crud?”. Okay. On the assumption that smoke is always the result of a fire, even if you are pressing play on a preset TR-909 pattern, you are expressing something, even if you don’t know what or why. Wouldn’t you rather be in control?

Let’s assume you are an act called Lime and you are writing a new dance track called “Unexpected Lovers”: You have a set of words that evoke two feelings 1) the instant attraction and feeling of pacific love 2) the fleeting nature of such an encounter & feelings of loss afterwards that draw you into reminiscing about point #1. Wow. And that is before we get to the tight melodic hook & rhythm that made us dance. Good music is good Art.

Accept that and that is good enough.

Nobody Bleeds For The Dancer

I was working near a cover band the other week. They had nice gear – definitely not like Tony Iommi or Willy Nelson’s bashed guitars. They also played “through” or “over” instead of “in” or “with” the songs. The guitarist, in particular, seemed to be particularly impressed with his Rock credidness.

Rock & Roll (the 50’s Rockabilly type) has a very important rhythm, a hitch, a swing. Without it, it isn’t R&R at all. Important because the form is about dancing. Without the right flow, the music doesn’t work, you can’t dance to it. It loses its purpose. Same with Disco, Metal, Reggae. He murdered em all equally (noble chap that one).

The question is why would that band play it wrong? On every song! I call it being Dumb.

Dumb is being so self-obsessed you do things that damage your greater good.

With his technical skill (and shiny guitar) that guy could be in a better band and be feeling a lot happier about himself as a musician. But instead, he puts his ego above the song – and is playing covers in a 3×3 tent.

The world’s greatest musos may have big egos (part of what drives them) but the ones that are household names control the negative side of ego (laziness/greed) and channel it into the song instead of themselves. Watch any true great on stage and you can see this. Right now I am watching Ronnie James Dio in a Sabbath reunion show and he is there in the moment, in the song, all the time.

I rail against over-singers and faux singers. This is because they are singing for themselves and not for the song (and audience). When singing, Dio loved the song even more than himself. And we still love him. 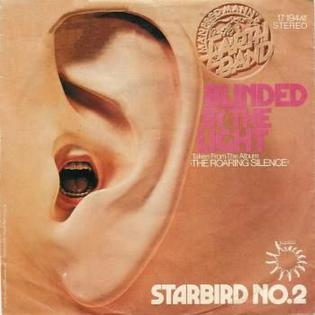 Being in a cover band is seen as being a fail. I get that but covers are a very important part of the success of many bands and help draw together the different times and traditions in music (or they should).

Let’s look at some wonderful covers and what we can learn from them, especially in how they ask the performer to put their ego aside to deliver someone else’s song/message.

Manfred Mann’s Earth Band – Blinded By The Light: this song is like the poster child for covers. Manfred took Bruce Springsteen’s 3yo song from his debut which tanked and turned it into a massive #1 that was a staple of Rock radio for at least 10 years. Mann may have re-arranged, re-written & re-amped the song but pull aside the grand orchestrations and at no point does it take a leave of absence from Bruce’s original. Mann went on to pick up “Spirit In The Night” & “For You” from the same record.

Judas Priest – Diamonds & Rust: is a most unexpected cover on the face of it as Joan Baez (the Hippie) and Priest (the Metallers) seem worlds apart. Again Priest edited the song but delivered something so wonderfully human it is still a crowd fave to the day. Joan & Rob have very different styles as singers but both tell the story of a lost love (who doesn’t quite stay gone). More often than not Priest performs the song acoustic these days and goes back to the full lyric. Contrast those versions with Blackmore’s Night and see which feel more “real” (hint one of those singers is more interested in ego than the song).

UB40 – Red Red Wine: started life as a Neil Diamond song. Neil wasn’t the height of cool at that time but while UB40 came at the originally maudlin song as a rather cheery Pop Reggae vibe, the song still shines through. This is why they had a huge hit that resonates to this day. Of course, UB40 were covering a cover (Tony Tribe) but that is barely important. UB40 did very well with covers because while they off-beated ’em they still kept the value of the song. 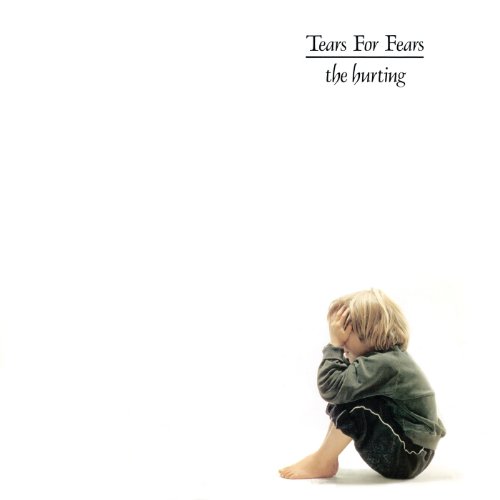 Gary Jules – Mad World: is a great example of how NOT to do a good cover. Tears For Fears released the song in 1983 on their album “The Hurting” and it went Top 40 in many countries. I say this because many people want to deny the history of the song. Some love Gary’s cover but compared to the original it is very one-dimensional. Gary starts out dreary and drab and never moves from that. This strips all nuance from the song – and there is a lot of that as this is a rather black song wrapped in a pop platform that helps show the light & dark in the lyric (and life). If Gary had started dreary then added some extra layers, I may have a different opinion but deciding to paper over the real song is not a great thing. Interesting that this one-dimensional version should be a hit and be so aggressively pushed by a generation that is lacking in depth themselves. Feels to me that people want to deny the depth that the original song has by calling it cheesy, which is an irony considering the subject matter.

Also interesting that the writer gave up singing the song so that it would work better. He sacrificed his ego to the song and gave something wonderful to the world (and his bank account) as a result. Not Dumb at all.

Other honorable mentions go to:

Homework: Yes, you probably worked it out. I would like you to choose a song that is outside of your normal listening & playing range. I would suggest looking at Best Of records of artists your parents or grandparents would have liked but you have shied away from on the grounds of cool (and lack thereof). There are a wealth of proven hits on records by The Platters, Johhny Rivers etc. Listen with an open mind, choose a song with a story you find you can relate to and play a cover that honors the original. Please avoid the ego traps of doing the cliche things like simply upping the tempo and whacking on a 909 or Metal chugs and claiming you did a good thing; also, avoid doing things like those attempts at photocopying songs you see on YouTube. They are ego and you are after expressing the song. Get it right and you are buying fans. If you don’t sing then either fake it and do it anyway or find a solution that works. After all, you say you are a creative type.

Action: post your cover song online using something like Soundcloud and link it in the comments below. Please be sure to mark as a cover so legal obligations are covered and royalties are paid appropriately. If you are feeling bold you might even make a simple video for YouTube.

Here’s the last cover I did and while it may initially seem a bit elevator music because a synth takes the vocal line, I did learn a lot for doing it. It wasn’t the same sort of ego challenge that I gave you in finding a song in a genre you wouldn’t normally touch, it shows you that it isn’t that hard to re-interpret a song and it broadens you in ways you can’t expect.

I also have similarly done an electronic cover of Eagles “Hotel California”.