This is a companion article and video. Each is a bit different. The article is a lot tighter, and the video is a lot looser*.

Since dawn of the industrial age, tighter has been the goal.
A tighter system, with less slack.
Tighter connection with customers.
Even plastic surgeons deliver tighter skin. No one ever goes seeking more folds and flab.
The thing is, tighter is fine when you’re trimming a sail or optimizing a production system.

But many things in our lives need to be looser. More room for innovation. More slack for peace of mind. More spaces for surprise.

That is the latest post from the always thought-provoking Seth Godin.

So why am I quoting Seth? Well, he hits the nail I wanted to drive on the head. As musicians, recording engineers and producers we spend far too much time tightening the timing, tightening the frequencies, tightening the dynamics, tightening the variance from the “norm” or what we think is “right” that we spend no real amount of time creating something that is unique or has any story. That is what Seth means about being loose.

Yes again with uniqueness & story. Let me just define those terms again for you if you are new here:

Story is the vision that the artist creates and lays out around himself**.

It is hard to explain but you know when it is there and when it is is not. Bowie had it, Prince had it, Pink Floyd had it, Elton John has it, Springsteen has it…

It isn’t necessarily in wearing funny clothes as Steely Dan never really looked freaky but they had a presence in their songs that was story. 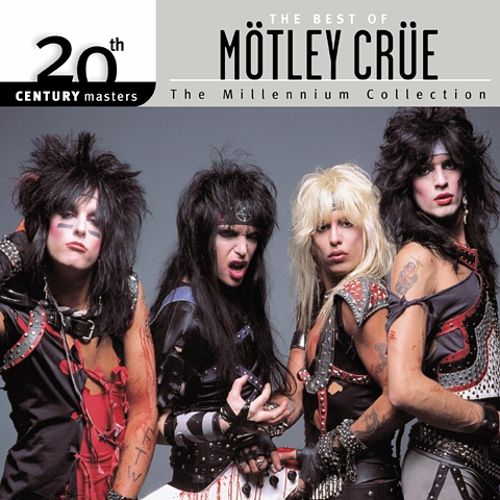 Story is part of what makes an act unique – even when they share a common ancestor. Take KISS, the Ramones, the Sex Pistols, Twisted Sister, Mötley Crüe, Tokyo Blade, W.A.S.P. along with a host of others who were massively influenced by the New York Dolls and each act has distinct similarities but managed to make their take on that thing unique.

The Dolls record cover clearly has story. Similar as Mötley Crüe may look, their story was still unique.

Luckily a decade laid between the Dolls & the Crüe so they weren’t in competition or one act would have looked like clones (which Mötley openly were but their fans largely had no idea). Rock loves to steal and so long as you remain unique it is just dandy. Of course, if you steal then you had better be really good. And unique enough.

Which brings me to the title. Rock Is Dead! We have heard that for the last decade and sadly it is true. The Rock culture that grew from 50’s Rock & Roll & Tin Pan Alley into 80’s New Wave, AOR & Hair Metal, died in the 90’s with Rap, Techno & Grunge. Things struggled on for a bit with Pearl Jam and even Coldplay but the game was up.

While Rap, Techno & Grunge took a toll on Rock, it wasn’t them that killed Rock entirely. It was a combination of the kids and the musicians themselves. The kids lost the will to Rock. They lost the will to be bombastic and tell a story.

The Punks tried to suggest they were killing Rock in 1979 but they were essentially using 50’s Rock & Roll to inform their style. New Wave took broadly from 70’s Rock with the DIY ethos of Punk. Rock then stole back from Punk & New Wave so you had the band Yes, who Punks tried to destroy, having their greatest hit in the 80’s with “Owner Of A Lonely Heart” which while still technically Prog Rock, took so much from New Wave that it completed the cycle.

Punk re-envigorated Rock because the Punks didn’t actually seek to destroy anything, merely to put the needle back in the simple groove. We all benefitted.

Rap, Techno & Grunge seek to destroy. We have all lost.

While My Guitar Gently Weeps

Now before you go getting bent out of shape because I have said something that upsets your personal liking for a particular thing, remember I am looking at this like a Sociologist. Pop Music to me is a gauge of society in general. If you are a music fan or musician, this is relevant but not necessarily personal – even tho it may challenge you. Which of course is what music is meant to do from time to time.

Story is what every song or piece of instrumental music must have or it is at best broken or at worst actually trying to damage the human experience.

What if you watched a movie that started by promising something and went nowhere after a couple of hours? You’d be angry. And rightly so. Yet this is exactly what most music (and episodic TV shows) do these days.

Rap, Techo & Grunge allowed the kids to be lazy. There is no challenge. Melodies disappeared. Musical uniqueness was replaced with formula. The noise may have gotten more extreme, the mix may have gotten tighter but that just covered the absence of true story & uniqueness.

A generation on, even most adults have become so lazy (or willing to chase appeasement of the kids) that they argue in favor of acts that clearly aren’t the equal of what they grew up with. Daft Punk vs ABBA. ABBA rarely made a song that you could say was poor. Daft Punk can make a passably amusing Disco beat but most of their material sounds incomplete. To be fair a couple of their earlier tracks like “Da Funk” & “Around The World” were ok, a bit of fun, but they still don’t really stack up against ABBA or Kraftwerk.

Right now I am trying a Nightwish concert from Wacken Open Air and to be honest, it is pretty average. Or worse. The players are tight and loud. But remember what Seth says about tight. It is loud but samey. Worse, the female singer seems more about being sexy (and bringing in a female audience) than being able to sing. The band comes off as credible but she seems like an Idol contestant playing Rock Chick. If Pat Benatar had done it this way she’d not have had a massive career because back then we’d have ignored her. Rightly so

I have stuck with the show but really I don’t come away wanting to hear Nightwish ever again. I can’t even feel I could identify any individual song – like the one where the riff when ker-chunk, ker-chunk, whee, whap-chunk. It is just a formula noise. I wish I’d watched a best of Dschinghis Khan.

Now I am not trying to be ageist or older was better. It seems that way but I love music. I want to hear Pop music continue to raise humanity. Nothing against new styles or new sounds but I have a lot against art that not only can’t do its job but refuses to as well. That is destruction.

For Unigon Plain, I spend a lot of time trying to find good new work to present to people like me who are looking to find something good to add to their collection. This music has to be new. As new as possible. I need to hear new music.

The other day, Jane and I spent some time listening to just-released Stoner Rock. the pattern was that each band started sounding big and chunky but then we felt very overdue for a center to the pieces. No vocals. Ok, so it’s instrumental. But no lead lines either. WTF!

No melody to lay out a story, or conversation as Hans Zimmer puts it. That ain’t Art. That is the opposite of art.

On one record a comment was that it reminded him of Camel, the 70’s Prog Rock band. Jane didn’t know who that was so we went over to compare.

Music is a combo of melody delivered in a rhythm. I get that sometimes the rhythm can be more than the melody but one without the other is a travesty. The younger (or more “modern”) musicians themselves killed Rock as they refuse to practice the art form. Stoned Karma managed to get it right with their “The Dark Side of Destiny” record so it isn’t a Stoner thing but a “modern” thing.

If the bands can’t deliver what makes a Rock song great then why would audiences come back? If audiences can’t be bothered putting in the effort to appreciate good art then why would bands play it? Tricky one but we as artists should be taking the lead here or we can’t pretend to be musicians in the proper sense of our Art.

The Post Modernists sold us a poison chalice and “modern” music is the one of the Trojan Horses they keep using against us. We use against ourselves. Today we all sit around Tweeting how wonderful this cliched averageness is. Totally accepting that this insult to our humanity is wonderful.

If all the Eagles were alive today to make a new record, I bet they wouldn’t come over all “modern” and try to pretend that Rock is not made of drums, bass, guitars and vocals telling a compelling story with melody and a passionate performance. Sure they may not have another “Hotel California” in them but they wouldn’t be going into the studio to make a record that wasn’t all that Art should be. To them, that very idea would be an insult to everything they stood for. The Eagles walked us along a path, challenged us with words & note placements, entertained, pleased.

Rise Up, Gather Round, Rock This City To The Ground

The challenge I put forward in the video is to make something that is truly great. Something that can stand shoulder to shoulder with Springsteen, Pink Floyd, The Police…

You will require courage, stick-with-it-ness and very possibly some partners in the work.

After you raise your hand…

Show up.
Show up and keep showing up.
Show up with at least enthusiasm as you had when you first raised your hand to volunteer.
The volunteering part is easy. Making promises is a fun way to get someone’s attention.

Keeping those promises is often unsung, but that’s how you build something.

Seth Godin again. I love how his little (oh how I wish I could be so simple & concise) posts create a greater whole.

*no the video is not super shiny, tight or even technically polished. It doesn’t look studio-ey with buttons to impress you. If that is your greatest concern then don’t watch it. This isn’t for you.

**or herself if you insist on that Post Modern, Leftist, Social Engineering crap but I won’t play that game here.

Here’s Glenn Fricker of Spectre Sound Studios talking about the same thing. I didn’t find this till after publishing.

Glenn essentially says the same thing as I do. Especially about Grunge and how the kids pretended to be doing something but really were just being lazy. Metallica’s “Black” album was a lightning bolt at the time but despite some really great songs, as a whole, the album is not as strong as a whole compared to “And Justice For All” (which really does have a ripping mix despite the kids now trying to “normalize” it).

The 90’s did bring some interesting things with acts like Jesus Jones and Carter The Unstoppable Sex Machine but overall the kids only wanted to faux.