Ask most Pop & Rock musicians about Classical music and they tend to pull faces (about the same faces that the Classical types pull when the question is the other way around). Adjust that Q and swap Classical for Bach and most – well the older ones anyway – will say, yeah that old ugly dude sure were cool. 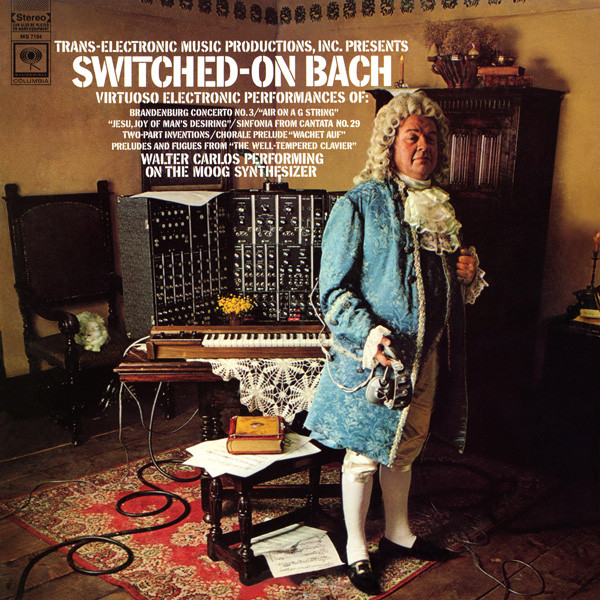 It was 50 years ago today (well almost) Wendy Carlos released what was to be the best selling Classical record of all time called “Switched-On Bach”. For a while, it was even outselling The Beatles!

The reason that this one record was so incredibly successful was that it managed to bring together three things in a way that hadn’t been managed before (and I think rarely after). Here was Classical music incredibly well presented from the standpoint of both Classical & Pop audiences without pandering to or demeaning either. Also, this was the first time that most people were able to hear a synthesizer playing “real” music that wasn’t a TV theme (Dr. Who 1963) or a bunch of strange noises (horror movies & experimental music).

This first part was due to Rachel Elkind who saw that to sell, the record had to really have a strong vibe and Benjamin Folkman who was asked to check that the performances were within the established sense of what Bach music is about. Wendy allowing these two collaborators’ sway was the masterstroke.

The Moog Modular was in its infancy. Wendy was pals with Bob Moog and they traded ideas to help develop the fledgling synthesizer from a lab device into a performance instrument.

Some things we take for granted now in our synths we owe to Wendy. When I assign key velocity to a parameter on my Europa synth plug-in, I have to give thanks for Wendy for suggesting velocity to Bob Moog as a feature.

Bach’s pieces at times are prone to being an absolute riot of notes. This is very easy to hear in the “Brandenburg Concerto No. 3”. Maybe this is why he was such a darling of early Metal guitarists like Ritchie Blackmore.

Something that I also see is how territorial many people get over the performance of Bach (and other decidedly dead dudes). The musicologists seem to spend lifetimes poring (obsessing) over how the music was created, how it should (and should not) be played – tempo, timing, instrumentation etc.

One difference with Bach though, compared to say The Beatles is that anyone can grab a copy of “Abbey Rd’ or “Sgt Pepper” and say, here’s the definitive version whereas with Bach it is all supposition based on found fragments. It makes for a really nice safe space to create your own version of something that no one can really every disprove – no matter how disapproving the looks may be.

How will people take to my versions? Well anyone still traumatized by Wendy Carlos will probably be equally apoplectic. I also give people the ammunition to say I am being entirely unoriginal. Cashing-in even. Haters gonna hate I guess.

My hope is that you simply enjoy the music as presented. I would like to think that is how Bach himself would feel. Wendy also. 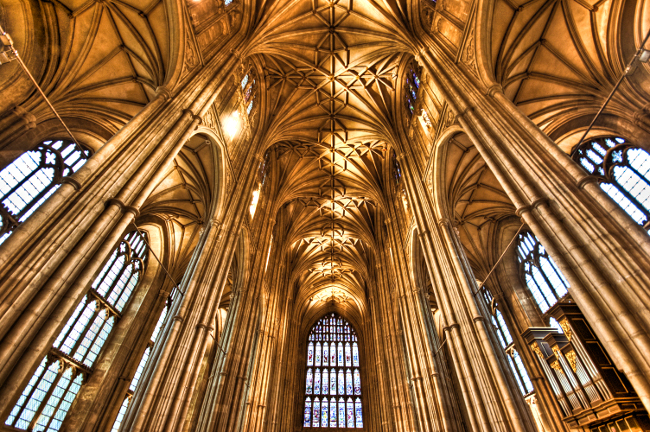 It used to be that Sunday church was the center of the social world for many (well officially anyway) so a lot of music was written for services. It was a way to get paid too.

This is actually the second time I have worked with one of Bach’s Cantatas. The first was on the track “Evol Si Dog” on Vector where I recorded a long section off one of my Father’s records I had on loan then took to it with a rant rebuking the church for making a mess of Christianity – or the positive message that Jesus tried to deliver anyway. The family priest liked it – except for my part that is.

This Cantata I really chose at random because I had no reference as to what was what. #27 was the one that came up on the search for MIDI Files so it got picked. It wasn’t until later that I started to do any reading on it.

It is a pretty vast piece of work that spans six parts that are tied together thematically. initially, I was going to use all the parts to make six little pieces with different (and wild) sounds but then it seemed to me that I was going down an arrogant path.

So I laid out all the sections and matched up the lines to the right players. I had absolutely no idea what tempo this was supposed to be so winged it. I could no doubt have read some more but I still wanted this to be how I reacted to the notes I had in front of me. It is my record after all.

In the end, the only really tricky decision was how to deliver the vocal parts. I don’t happen to have a choir in my back room (altho I do know one). It was my intention to use synths for those lines too – as I did with the vocal line when I re-voiced Alan Parsons Project “Eye In The Sky”.

To get all the instruments laid out I simply grabbed the Humana Plug-In that came with my last software update (Reason 10.1) to cover the choir lines as placeholders. Once I had the other instruments in I started to make sounds to “sing” the parts but to my horror, I couldn’t improve on the samples. So they stayed.

Bach had a definite writing style across all these pieces. This is great and I enjoyed working in it very much. But after a while, I also started to want to try another pace.

To backtrack a moment, I started learning the keyboard on my Father’s harpsichord playing Bach’s Two-Part Inventions (and Béla Bartók). I was always impressed with the fullness of sound Bach achieved with just those two notes. Somehow it often felt more powerful than whole Rock bands (but not enough to lure me away from the dark side).

I decided I wanted to see if I could deliver one of Bach’s pieces in another format. Particularly I wanted to see how it would work with slower & longer sounds as really everything was very percussive and I like flowing & moving sounds best.

A Two-Invention felt like the thing to try as the pieces are more open. Simpler.

I will say I had a devil of a time trying to stay close to the original whilst stretching my legs a bit. I set myself the rule of not adding much in the way of extra notes or ornamentation on the melodic side, simply to see if the music stood up in a different frame.

Assigning slower sounds didn’t work at all as the notes are so fast that the instruments couldn’t speak quickly enough. That meant I had to slow the piece down to let the notes be long enough. Which created more problems as now the piece was in danger of falling apart as the pacing was getting lost.

In a deft (or dumb) move I decided to add some chords to intro the piece and start to carry it along. It worked but sounded far too much like bad 90’s House Music. Because I had used the choir samples in the Cantata, I thought I might carry them here again. That helped. Now just to work out how to give the music back a feeling of purpose…

It hit me, the music was so slow it sounded like it was drifting off to sleep. Lullaby stuff. Normally I kinda loathe people turning Classical into pap for babies but I also like pieces at the end of my records that help me to drift off so that became the (re)purpose.

Sadly this also killed off the Bach feel so I was losing the piece as written. My solution was to build the piece twice, once ‘straight’ and then again as the ‘sleepy’ version in a reprise.

That ended up delivering a whole album.

The Reprise version is on the whole album which is over at Bandcamp and can be purchased for only $2 (or more if you are kind and appreciative which of course I appreciate as I know that you enjoy my work).

If you look at the “Switched-On Bach” album cover you will see the album is credited to Walter Carlos, not Wendy. This is because at the time Wendy was still Walter. Later pressings, this was changed.

Wendy lived with what we now call gender dysphoria which is where the brain’s view-of-self doesn’t match the physical body. That is, in this case, Walter could see boy parts on the outside but felt like a girl on the inside. Gotta be a hard road.

Back in the 60’s, this was still a relatively new official medical situation even though nature has no doubt created these cases since at least caveman days. Four years after the release of the record, and as a result of the money earned, Wendy was able to make her body & brain match with surgery.

Sadly it took another 7 years for Wendy to “out” herself in what at the time was a bold move. I think it great that she chose Playboy for this as it really felt to her the best publication (at that time Playboy was known for stellar journalism as well as a sense of personal freedom). Wendy sees those years of hiding her (now realized) self from the world as being a waste.

While this tribute is mostly about Wendy’s musical work (and Bach) it frustrates me that I have encountered several people active in “trans” issues who have no idea who Wendy Carlos is. This seems sad as Wendy was one of the first famous people to transition publicly. Wendy was ‘successful’ in this and should be held up as proof that gender and transition are not the sticking points some people want to make them.

In reality, Walter becoming Wendy was a bit of a non-event in the real world. Wendy acknowledges herself that it really made no difference. People barely cared. She was seen as a musician and stayed that way.

This is something that I think important as lately, I see far too much emphasis on difference and endless sub-classifications. We are all different in our little ways but above that, we are all human – part of the same spectrum of behaviors.

I don’t want to talk about classificationism, feminism, rights for gay pandas… I think that if we are all decent humans then all those issues of feeling separated by go away.

After all, most of just want to be accepted and get on with doing the things we want to do. Yes, I’d like people to be a bit more accepting of the fact that I am the way I am so I can get on with helping them (and myself with a career I care about) but if we can talk and understand then we are at least half way there.